April 14: Day of the Americas

October 3. Francisco Morazán’s Birthday. To be celebrated on Wednesday October 5.

October 12. Columbus Day. To be celebrated on Thursday October 6.

October 21. Armed forces Day. To be celebrated on Friday October 7.

In addition, the 24th and 31st of December are only to be worked half a day, that is till noon, and the afternoon turns into a holiday to allow people to get home and celebrate Christmas and New Years with their families.

Keep in mind, when traveling around and enjoying your Holidays in Honduras 2016 that reservations are an absolute must during Easter Week or “Semana Santa” This week is the busiest travel week in the country, and hotels, buses and restaurants at the different tourist destinations are usually packed. Also remember that both, local airlines and bus companies stop their services on Good Friday, as well as on Christmas Day and New Years Day. This means that you should plan on not being able to use public transportation on those dates. The same applies for the ferry service between La Ceiba and the Bay Islands of Utila.

Finally, it might be useful to note that different cities have their own local holidays, usually the day of their Patron Saint. As such, for example, La Ceiba has on Holiday on the 15th of May, because that is the day the Catholic Church dedicates to Saint Isidore, San Pedro Sula has a holiday on 29th of June to celebrate de day of Saint Peter, and Tegucigalpa has a holiday on 29th of September in honor of Saint Michael Archangel. 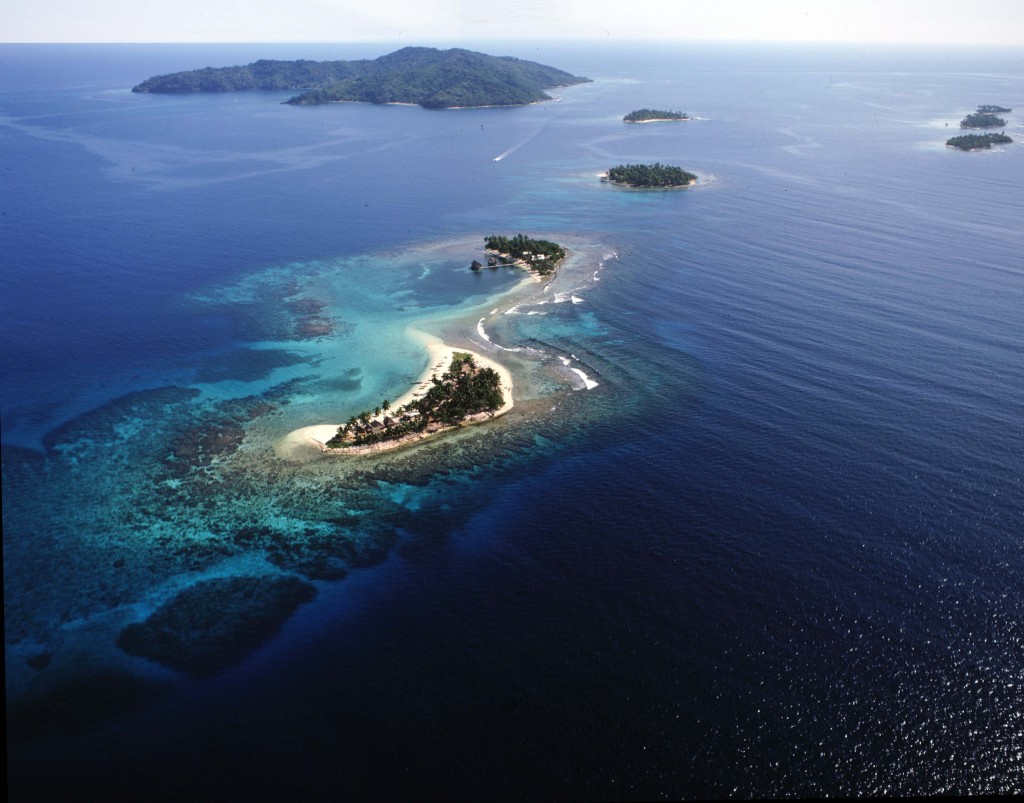 The Old La Ceiba Municipal dock is getting a major face-lifting!

A local NGO, that is looking to jump start the tourism industry in La Ceiba has been working hard to restore the historic La Ceiba Municipal Dock and build a board walk in the beachfront just east of the dock. 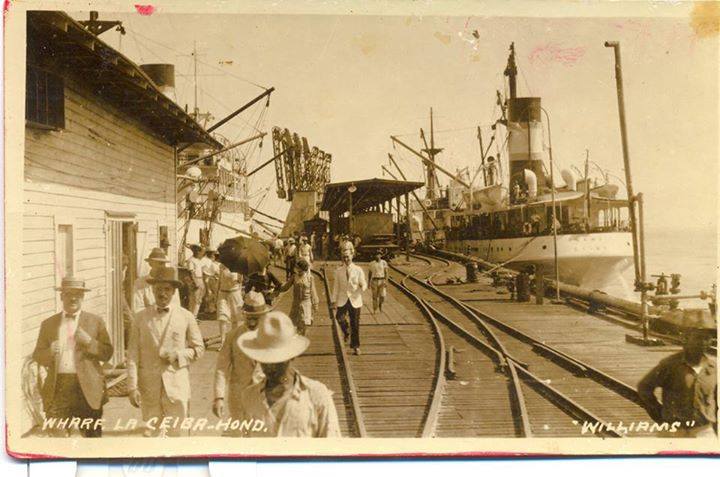 This is the heart of La Ceiba, as the city grew around this dock.The old buildings that still stand in the vicinity of the La Ceiba Municipal Dock have a tale to tell. Historical buildings include the original Banco Atlantida office, the first bank in Honduras that celebrated 100 years of continuous operations since its founding in 1913. The original building, art Deco style building was brought entirely from New Orleans, and still stands proudly today on the Corner of Avenida San Isidro and First Street.

The other iconic building is the old customs warehouse. This is where all the merchandise that was brought to La Ceiba from abroad cleared customs before it entered the country. The Building, which dates back to 1917 is now under the management of Fundacion Casa de La Cultura de La Ceiba, and there are plans to restore it and use it as a museum. Without doubt, the center for all this refurbishing of downtown La Ceiba is the La Ceiba Municipal dock.

The “new” La Ceiba Municipal dock has been named after a generous local entrepreneur that donated over $100,000 USA dollars to get the project underway. Don Reynaldo Canales passed away a few weeks ago, and unfortunately will not see the dream he helped create a reality. 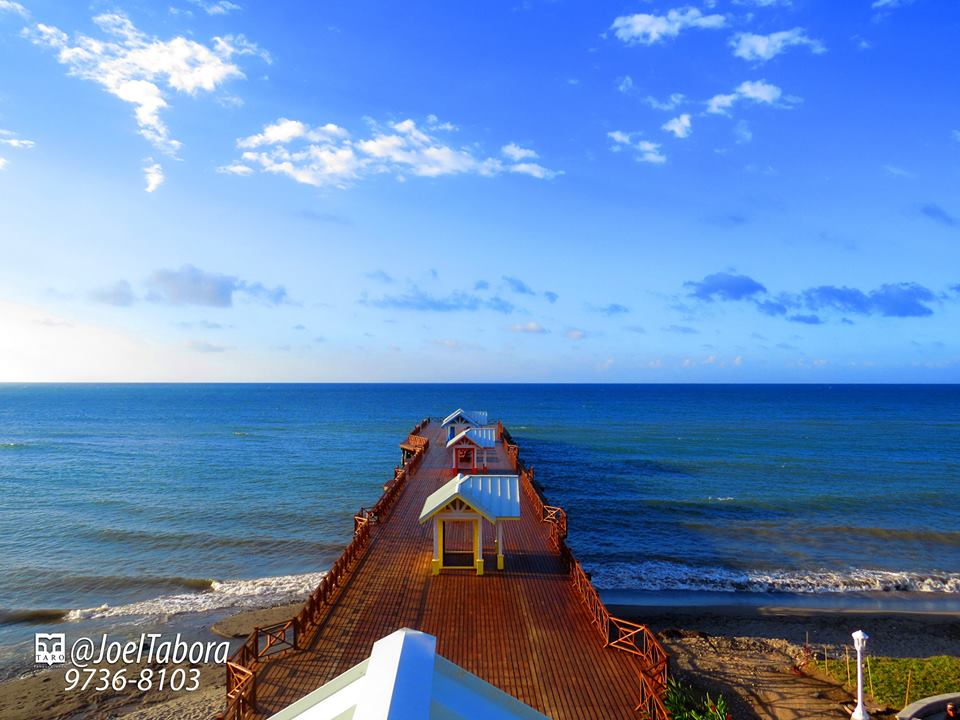 The La Ceiba Municipal dock is expected to become the most popular local park in the city, with many local ceibeños looking forward to its upcoming inauguration. The La Ceiba Municipal dock will not be handling boats of any kind. All of the cargo, ferry services and tourist fishing services will continue to operate out of the “Muelle de Cabotaje” facilities, located just east of the city. The “new” old dock will be a recreational area, where families are expected to come see the sunrise or sunset, fishing off the wharf, or strolling the area. Facilities will include public bathrooms, police security, and plenty of public lighting in the evenings and nights. Entrance fees will be charged by the managing entity, Fundetur, which will be used to maintain the facilities. 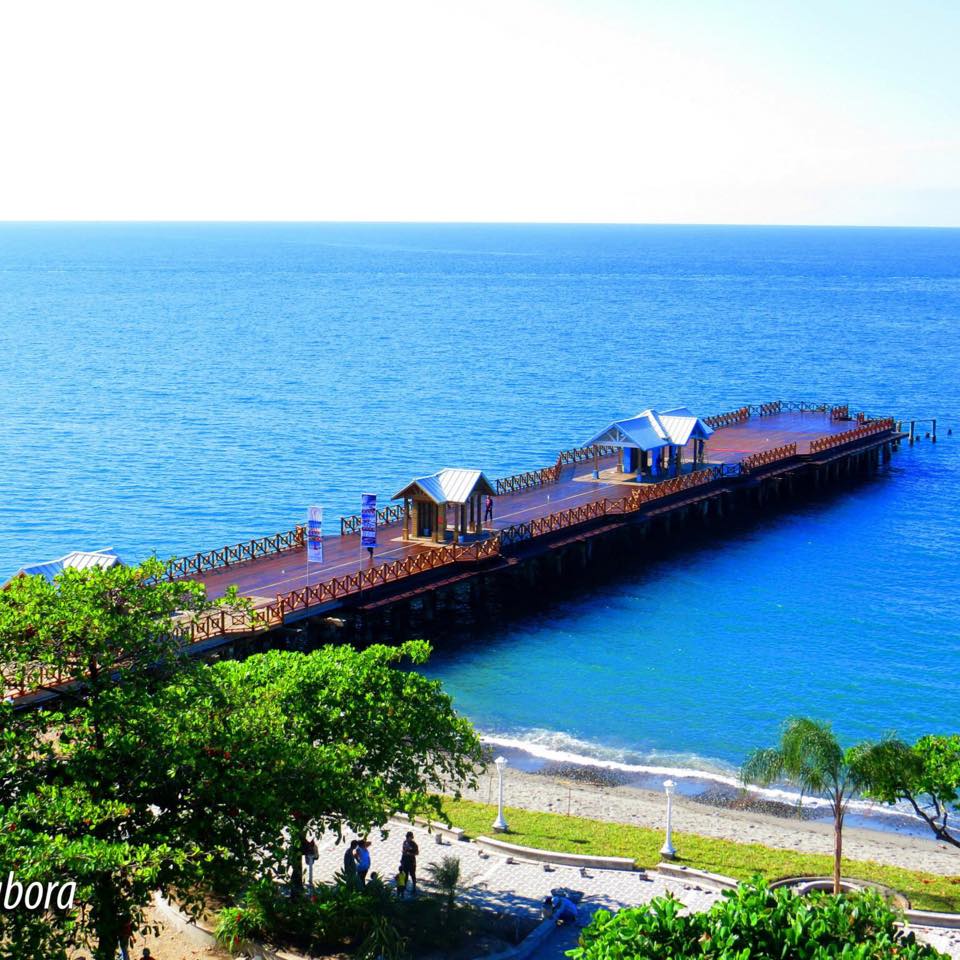 The La Ceiba Municipal Dock is expected to have a major impact on visitation to the city of La Ceiba, and will offer a variety of restaurants, a pleasant bar, as well as places where to buy a snack or a softdrink.

The Vacaro Brothers Company owned and operated the railroads in Honduras between the cities of Tela and La Ceiba, as well as the track that went into the Aguan Valley, to the banana plantations in the neighborhood of Saba, Olanchito and Sonaguera. History of this Caribbean coast of Honduras cannot be approached without taking into consideration the railroads in Honduras that boosted the development of this productive area of the country. 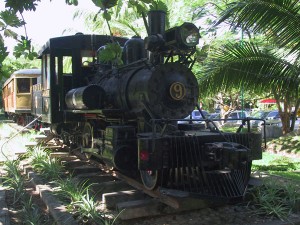 The Government of Honduras had recently finished paving the highway between Tela and La Ceiba, and decided that it did not make any sense to rebuild the damaged railroad.

Twenty four years later, another hurricane, Mitch, destroyed the railroad bridges leading east of La Ceiba towards the Aguan Valley, delivering a fatal blow to the railroads in Honduras.

During the golden ages of railroads in Honduras, the Standard Fruit Company Railroad (the successor of the Vacaro Brothers Company) successfully operated the railroads in Honduras. Interestingly, it was not until the beginning of the 1960’s that all the steam locomotives were taken out of commission and replaced by more modern diesel powered engines. 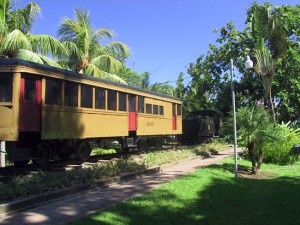 Today, you can find a small park, located between the offices of the Standard Fruit Company in La Ceiba and the Central Park of that city, where you can see some of the old locomotives and railroad cars that once were the main form of transportation in the region. The park, known as Swinford Park, is almost a small museum depicting the golden era of the railroads in Honduras.

Although today there are no more railroads operating in La Ceiba, the city does have an international airport, a good highway connecting it with the cities of El Progreso and San Pedro Sula to the West and the Tocoa and Trujillo to the east. It also has port facilities that keep daily flow of traffic to the Bay Islands of Honduras. La Ceiba is now positioning itself as a tourism destination with outstanding history, and best of all with some of the best national parks in Central America just outside its urban areas! Come and visit La Ceiba and discover all that it has to offer! La Villa de Soledad B&B is rated the number one bed and breakfast in La Ceiba. Come and experience for yourself the wonders of Pico Bonito National Park and the Cangrejal River Valley!