Perhaps one of the best kept secrets in Honduras is Honduras itself! Hidden well, well, under all of the bad rap that both, domestic and international press like throw upon Honduras, is a lovely country with friendly people with warm hearts and unbelievable hospitality. Yes it’s true that many have not had an opportunity for education beyond elementary school, yes it’s true that many do not have a stable job and that many are desperately poor, especially those who have moved into the big cities looking for a job. However those that live in rural areas and small communities manage to live a decent life, and although not affluent, they have a decent quality of life.

For the traveler visiting Honduras, the first big surprise is that despite all of those travel warning that “friendly” countries, like the USA like to put out, warning about how bad the situation is in Honduras, things are not nearly like they are made to be seen. Those that do have the adventurous spirit to visit Honduras are thrilled to see the friendliness of the people, the magnificence of its nature and human touch in the small communities. Best of all, they love the fact that they are not overrun by tourists, like other neighboring countries are!

So if you are reading this, you have probably decided you are traveling to Honduras, and want to find out where those special places are that will make your vacation a unique experience and produce memories that you will cherish for years to come.

These are what I consider the best kept secrets in Honduras:

1.- The Bay Islands of Honduras: You are probably going to say hell, that is not a secret, everybody knows about the Utila and Roatan! Yes you are right, however very few people know about Guanaja! If you would like to visit an island with mountains and waterfalls, where there are no cars and your only means of transportation is by boat, where diving is superb and the people are friendly, then you should definitely plan on visiting Guanaja. The island had its moment of fame just after Hurricane Mitch struck Honduras in 1998, since the storm was directly over the island for over 60 hours as a category five hurricane. Today the island has recovered and there are some truly beautiful lovely small hotels and communities that you will surely enjoy! Best of all are its beaches, they are lovely white sand beaches with turquoise blue water and they are totally uncrowded. Your chances of having a beach to yourself are actually very high! Truly one of the best kept secrets in Honduras! 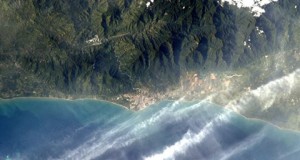 2.- The department of Atlantida. Honduras is politically divided into departments, which would be similar to the concept of provinces or states, and one of the 18 departments in Honduras is Atlantida. It is located on the Caribbean Coast of Honduras, facing the Bay Islands of Honduras. Its name, if translated into English would be Atlantis, and indeed, this area has been paradise awaiting to be discovered. With 8 protected areas or national parks within its boundaries, it has the highest density of protected areas in Central America! I bet you didn’t know this! Thisi is why I can say that Atlantida is one of the best kept secrets in Honduras! The department has two main population hubs within its territory, the city of Tela and the Capital, which is La Ceiba. For more complete information regarding what the best secrets of Honduras in this region are, visit out post: http://www.lavilladesoledad.com/blog/2014/08/11/top-five-tourist-sites-atlantida/ 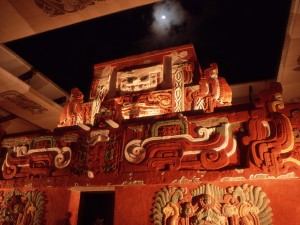 3.- Copan Ruinas. Once again, you will probably say that everyone knows about Copan Ruinas, but you are wrong! Most people know that Copan is a Mayan Archaeological site, but they do not know it is probably the most artistic of all Mayan sites and definitely the most studied by experts! Another thing that most people do not know is that Copan has a lovely, unique little town located adjacent to the ruins, so that you can actually enjoy good hotel accommodations, great little restaurants, intimate bars and a friendly surrounding, all within walking distance to the Archaeological site! Few people have heard of Macaw Mountain Bird Park, a unique, and magnificent bird park that is in the process of repopulating the Copan Valley with one of the most spectacular birds of the world, the Scarlet Macaw, which is also the National Bird of Honduras. Whatever you do during your visit to Honduras, do not miss out on Copan Ruinas, it is truly one of the best kept secrets of Honduras!

4. The Lenca Highlands. There is a region located in Western Honduras, close to the border with the neighboring country of El Salvador, which has long been overlooked. Considered one of the poorer areas of Honduras, few people venture out to it, until recently. The area is populated by the Lenca people, the largest indigenous ethnic group in Honduras. This is also where the highest peak in Honduras is located, Cerro del Las Minas, also known as Celaque, and is home to Celaque National Park. The region is blessed with many small communities nestled in the mountains and pine forests, where time seem to have barely passed. The main gateway into the region is the colonial city of Gracias a Dios, translated to English, Thank God! Reputedly, the Spanish Conquerors had a difficult time finding their way out of the steep mountains and deep canyons that were not conducive to safety for an army in enemy territory, and when they finally made it to a valley, they founded a city and named it Gracias a Dios to thank the Lord Himself for the fortune of having made it there alive! In the area you will find lovely rural colonial towns, such as La Campa, San Manuel Colohete, Erandique, Belen Gualcho and many, many more. Many of these villages seem to have been caught in a time warp, and have changed incredibly little in the last century or two. Certainly one of the best kept secrets of Honduras!

The Pleasures of Inn Keeping